First OTT original Telugu film ‘Run’ to première on May 29

Joby Varghese’s short film in Malayalam, Vuja De, is the opposite of déjà vu but in a dream. The story is set in a 13-year-old girl’s dream. Her friends feature in it, as does a stranger, but whose motives are explained as the film progresses.

Vuja De, uploaded to YouTube on May 18, moves through the girl’s future, past and then the present, except the present is not what one understands it to be. Joby makes sure the timeline in the film is clearly explained. “I wanted it to be clear so that the viewer doesn’t get bogged down by the narrative,” he says. Hence dates and years are explained with a mathematician’s precision. “I graduated in Math, maybe that’s why!” he adds laughing.

The film references Gabriel García Márquez, his novels and life, so that the timeline leaves no space for doubt. The element of fantasy too conjures a situation akin to what one might find in Márquez’s stories. “This film is different from the usual fare and has surprisingly done well since release. Around 4000-odd people have watched it in two days,” says Joby over phone from Chalakudy, near Thrissur. The film was shot in 2015 and dubbed in 2017, after which it did the festival circuit. Explaining why he decided to release it online, Joby says, “Now that people have the time, the film will get more viewers,” adding, “We had to wait for close to two years for Jijoy PR, the lead, who is also an assistant professor at Film and Television Institute of India (FTII). He couldn’t come, which caused the delay.” 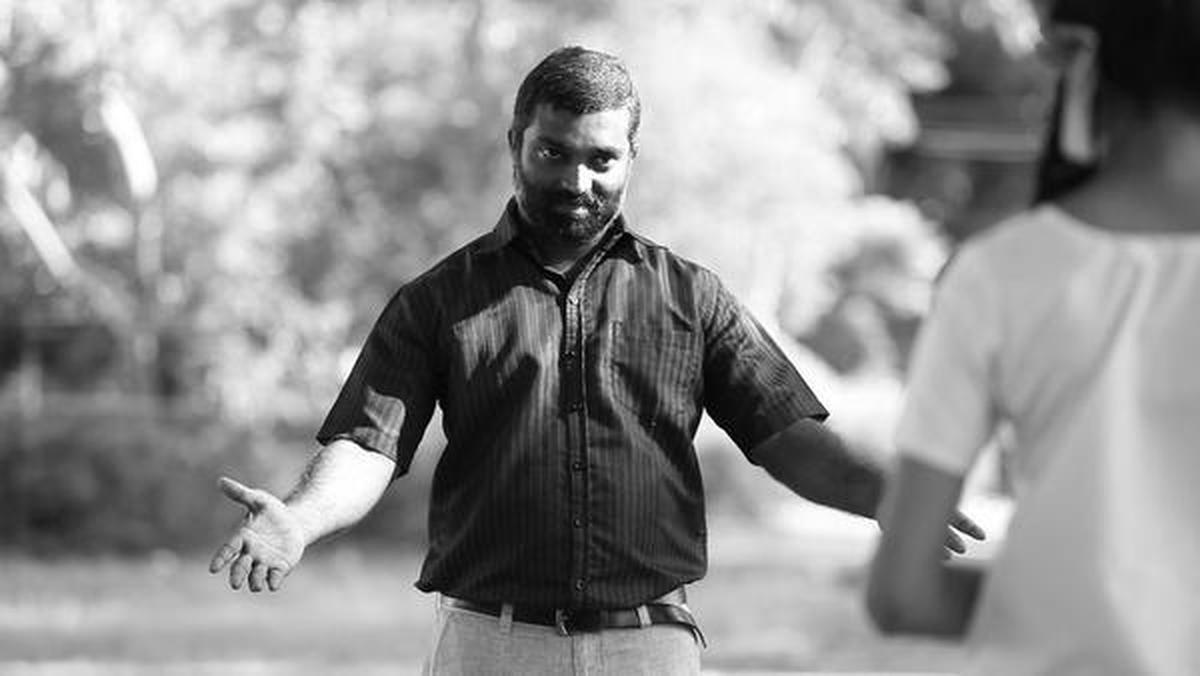 Vuja De won mention at film festivals in India and abroad, such as 12 Months Film Festival, Romania (best experimental film), best fantastic short film at South Film and Arts Academy Festival (Chile), and best screenplay at ASF Pune, to mention a few. Athira Patel, who plays the 13-year-old girl, went on to act in films such as Angamaly Diaries, Sunday Holiday and Aadu 2.

A former development officer with Life Insurance Corporation of India (LIC), Joby says he was bitten by the film bug when he was a student. “I have always been crazy about films – anything. From an Akira Kurasowa film to a Malayalam commercial film.” He adds that the Thrissur-based Chitrashala Film Club’s film festivals introduced him to classics like Battleship Potemkin, as well as films by auteurs like G Aravindan and Adoor Gopalakrishnan. The film buff in him used to travel to catch up on film festivals wherever they were held.

Joby’s first film was Back to Beat (2011), which was screened at the Federation of Film Societies of India film festival. His other short films include Amma Malayalam and One for the Road (entries for competitions) and Unsee (2019), unreleased since it is on the festival circuit. He is currently working on a script for a feature film and making an indie film Out of Wilderness. Collaborating with him on the project were cinematographer Noushad Sharif, Renganath Ravi (sound) and Sujoy Joseph (editor). “All these are busy professionals, but they worked with me based on our friendship and their conviction in the project,” he says.

‘Space Force’ review: Out of space and definitely out of our minds