Meet the man who is on a mission to travel the world without stepping into an aircraft. He has visited 194 countries so far

Every year on January 15, Kamla Pandey makes garlands of ghughuti (deep fried dough made with wheat flour, jaggery, milk and ghee) to feed crows in her village, as generations of her ancestors have done before. The 48-year-old owner of a homestay in Sarmoli, Uttarakhand, recounts the tale told by her mother: when the heir to the Chandra dynasty was kidnapped, the crows of Kumaon helped the king find his son. “In celebration of [their son’s] return, the royal couple threw a lavish banquet… But as evening fell and it got too late, the birds could not attend the feast. So they were especially invited the next day,” says Pandey.

This is one of the first posts on Voices of Rural India (VoRI), a platform where people from rural communities that largely relied on tourism for their income can share their tales. Launched on August 15, the not-for-profit initiative works with established community-based tourism organisations — like Global Himalayan Expedition, Himalayan Ecotourism, Himalayan Ark, Grassroutes Journeys and Spiti Ecosphere, among others — to identify storytellers. Locals are encouraged to submit narratives in audio/visual/text format, which are edited, fact-checked, published and promoted by a team of volunteers at VoRI. The website carries both the edited English version and the original in the local language. 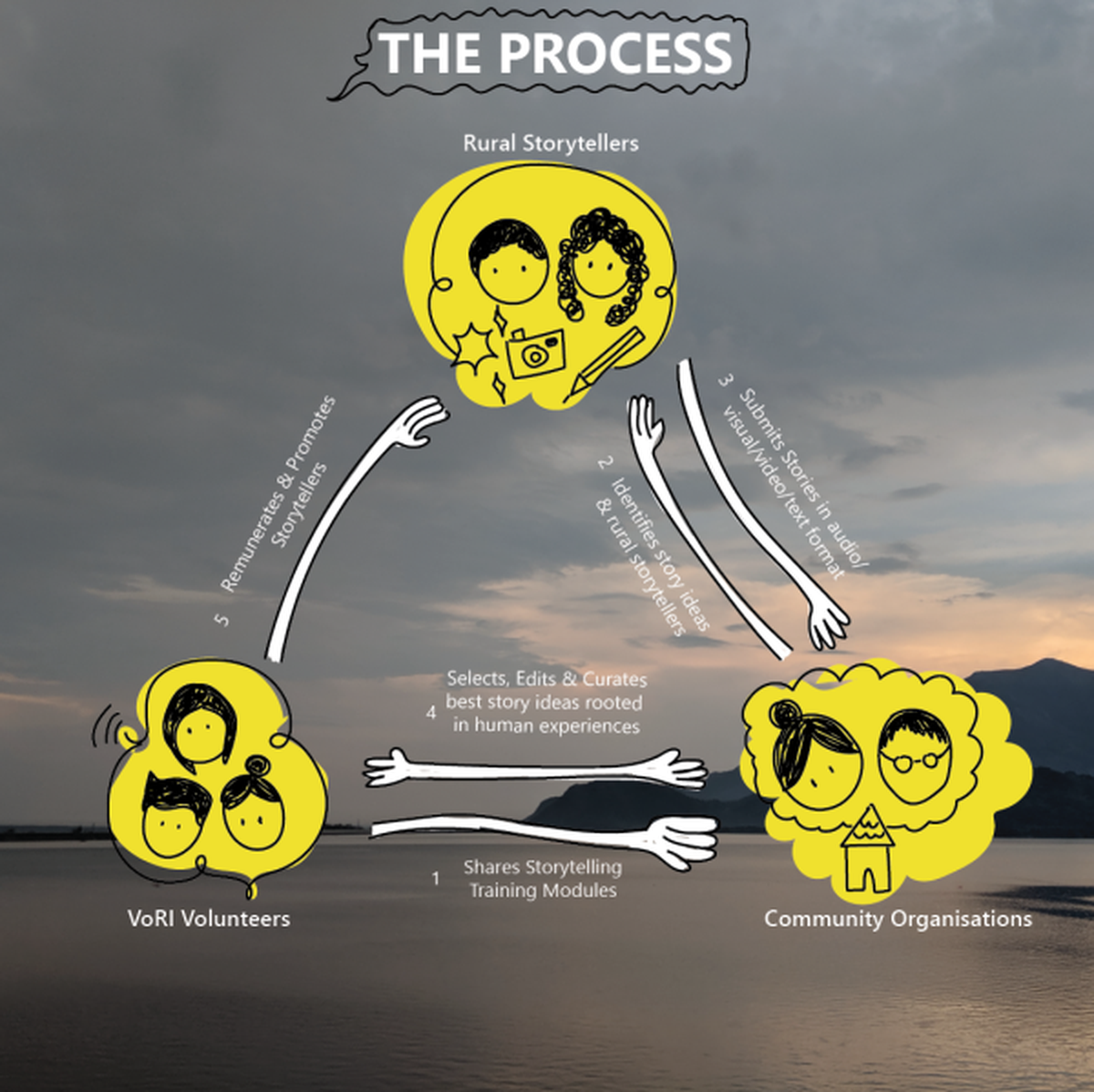 The Voices of Rural India process

Tales of stars and spirits

The storytellers are typically guides, homestay hosts, people involved in tourism, and youth and women from the community, says travel blogger and author Shivya Nath, who co-founded VoRI with Malika Virdi, the sarpanch of Sarmoli Jainti Van Panchayat, and social entrepreneur Osama Manzar. The trio (who has worked together on other projects in the past) joined forces with the common vision of empowering rural communities to access digital opportunities. “Encouraged by the response of grassroots organisations and by the support extended by Manzar and his Digital Empowerment Foundation, the project got underway by end of May,” says Nath.

The contributors range from an amchi (traditional medicine practitioner) from Spiti who talks about the unsolved mystery of a 550-year-old monk found mummified in the mountain village of Giu in 1975, to a student from Tirthan Valley in Himachal Pradesh who shares details about a local festival in which men wear clothes of grass and yell abuses to provoke bad spirits. An eleventh grader from Maan village, Stanzin Dolkar, talks about her interest in astronomy, while a postman from Ladakh shares his fascination for petroglyphs dating back to the Bronze Age that he has found while walking on the job. A storyteller earns ₹1,000 for each tale accepted for publication. A new future for tourism

More than just being a repository of local wisdom, culture and traditions, the project aims to provide an alternate stream of income for those who, for many years, have depended on tourism. (April to June, which in pre-Covid times would have been peak tourist season in Ladakh, went by in lockdown.) To tide over bad times, guides and homestay hosts have taken up labour work over the summer. Others have turned to agriculture, but it has been difficult since not everyone owns land, explains Nath.

In Sarmoli, Virdi says, “While tourism brought in much-needed money, traditional livelihoods like farming and woolwork were kept intact, as were the upkeep and use of the forest commons. With a decision to defer taking in tourists even after lockdown, the communities have gone back to their core strengths and are investing this time in learning new skills to negotiate a better future in tourism.” Some of the storytellers on Voices of Rural India

Currently, VoRI is looking for volunteers with editing and social media expertise, as well as people to help develop fun and engaging training material that can be shared via WhatsApp or in a socially-distanced way. “We’re looking forward to a post-Covid world where we can physically travel to visit the communities we’re virtually working with, conduct digital storytelling workshops, identify local talent and hopefully bridge some of the gaping urban-rural digital divide,” says Nath. Meanwhile, we can read more stories from the likes of Kamla Pandey and hope that we can visit Sarmoli soon to partake of some piping hot ghughuti to beat the biting cold of the hills.

Watch | What is an immunity passport?

Farm aggregators, the apple of our eyes