In a year of ‘designer’ anniversaries, péro has kept it simple. To celebrate 10 years of her label, Aneeth Arora recently showcased 50 limited-edition jackets from their past 20 seasons. However, what has captured hearts is their Instagram recap, which details how the individuality of their garments is mirrored even in the tiniest of details — from pins and tassels to detailed trims.

The young label has been meticulously documenting and sharing the ways they’ve built their fun vocabulary, and this includes their 1,043 varieties of buttons. “I think we’ve crossed 2,000 now,” says Delhi-based Arora, 36, over a phone call, counting the ones that will be displayed next year. Each post is accompanied by engaging details and anecdotes, like why péro has horizontal buttonholes. Turns out, their first handcrafted buttons were so tiny they’d slip out of a vertical buttonhole. Maker videos — of Afghani women crocheting buttons, for instance — have the most engagement, often raking up over 26,000 views. Looking back at the journey, Arora picks five hand-made buttons that stand out. The basic péro button: “With two holes, and [the word] péro debossed on the surface, this silver button was developed for our first season [2010]. The garments were all white with red stitching, and the buttons were a humble colour [against the fabric],” says Arora, who sought out a jeweller in Udaipur’s Old City to make the tiny, irregularly-shaped, hand-beaten drops of silver. Since then, she’s begun using white metal — “because silver is costly and turns black with time” — and has also developed “brass buttons to use against warmer colours”. Heart buttons: These are rooted in the label’s tradition of embroidering hearts into their clothes. “We realised not everybody likes a [prominent] heart on their garments. So, with this, we ensure there’s a subtle variation present,” she explains. 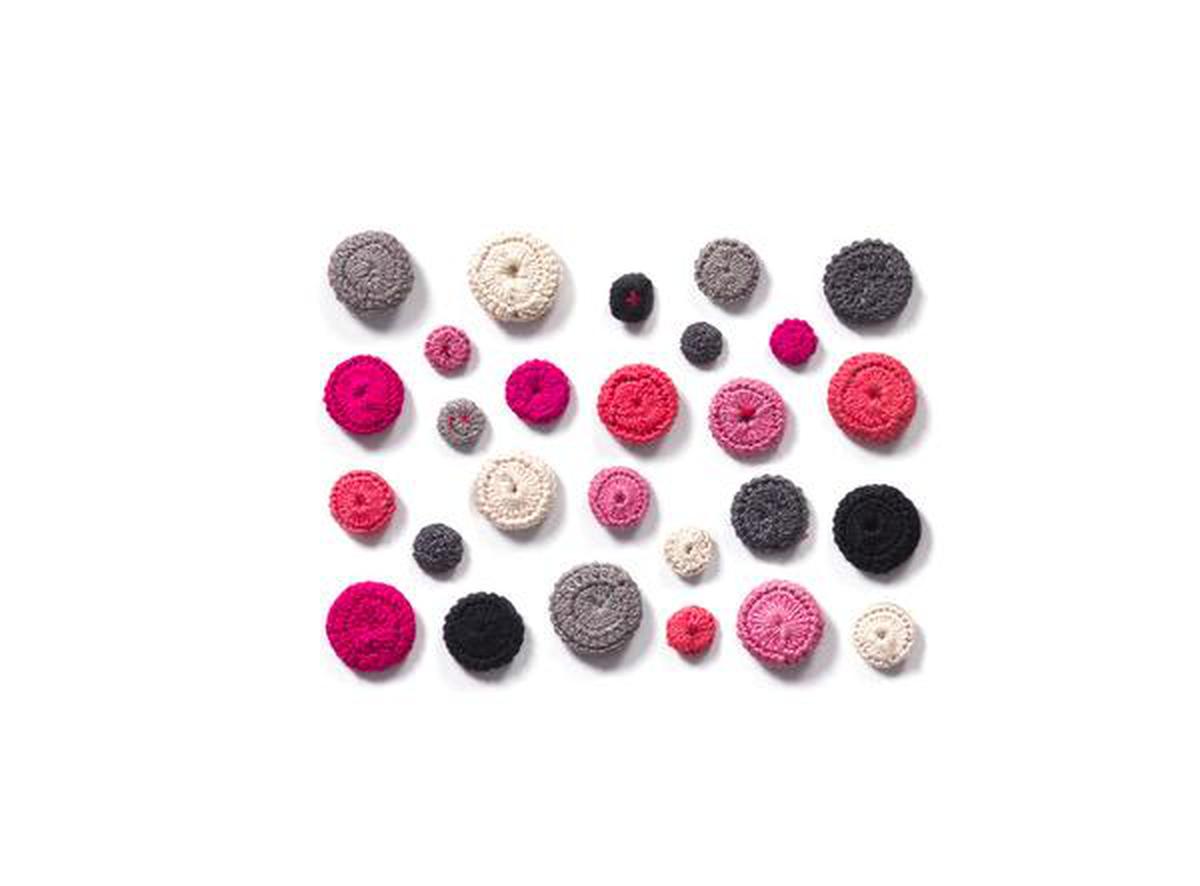 Crochet buttons: “We made crochet buttons in collaboration with Afghan refugees,” she shares, adding that the story behind the designs makes them special to the brand. “The women made borders and laces for us. For [a particular] season we didn’t use it, but they were dependent on us for work. So we developed these buttons.” 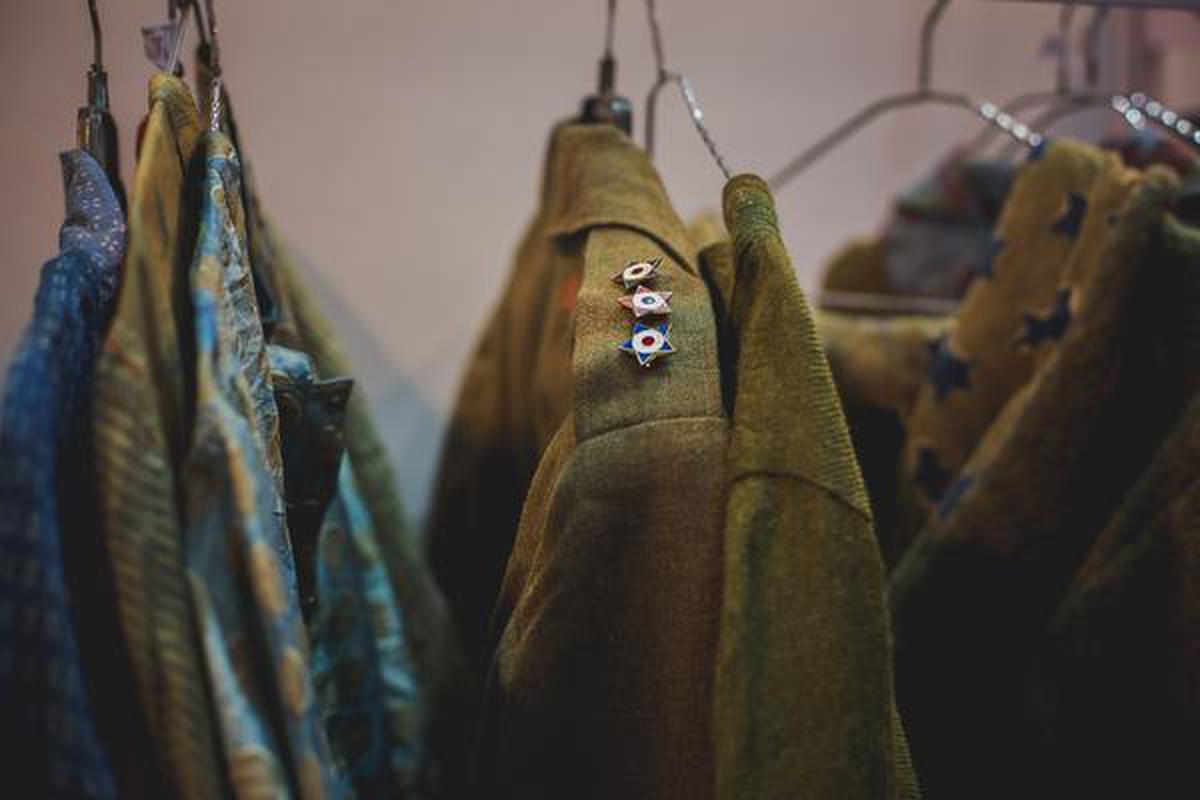 Enamel buttons: For their 2015 Autumn/Winter collection, péro was inspired by military uniforms. “We tried to simulate the insignia of military badges on buttons, and used meenakari techniques,” says Arora, “The enamel-style buttons are very impactful because of their graphic quality.” 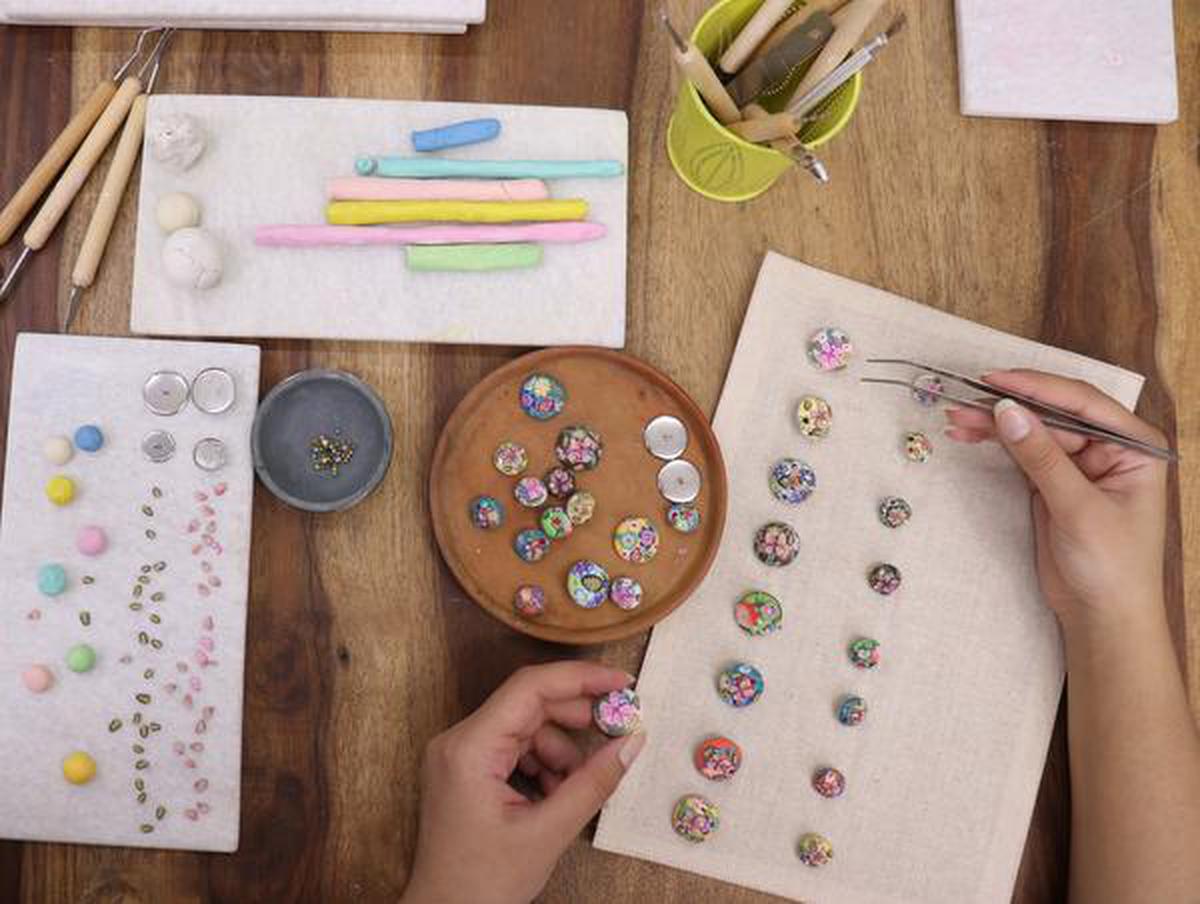 Millefiori: The brand is currently crafting buttons out of polymer using millefiori (meaning “a thousand flowers” in Italian), a technique also used to embellish luxury watches. “You inlay a pattern using polymer clay and cut it”, and then arrange the slices together to multiply the pattern. These buttons are being designed for the upcoming season, where the clothes are inspired by florals. “We’ve used a variety of flowers, such as woven flowers from Banaras, and printed and embroidered flowers of various kinds,” she concludes.