Couturier Tarun Tahiliani rolls out India’s first full-length digital fashion show on Instagram, with his ‘Pieces of You’ bridal and festive wear collection

On Thursday evening, Tarun Tahiliani’s Instagram handle was the place to be. Over 8,000 people logged in globally, grabbing front-row seats (is there any other nowadays, when the entry ticket is your phone?) at India’s first-ever, full-length digital fashion show. As the heart emojis streamed non-stop, and comments praised an embroidered skirt here and a classic drape there, seven models walked on antique carpets dressed in kaftans, easy-to-wear jumpsuits, column dresses, sherwanis and kurtas.

It called to mind Giorgio Armani’s livestreamed show from February this year. But where that was a necessity — the designer had made the best of a bad situation (after the Milan Fashion Week had to pull the plug), sending his models down the runway in an empty theatre after the coronavirus outbreak in Italy — Tahiliani’s ‘Pieces of You’ showcase was a well-planned and executed video, shot at his Gurugram atelier in the first week of June. 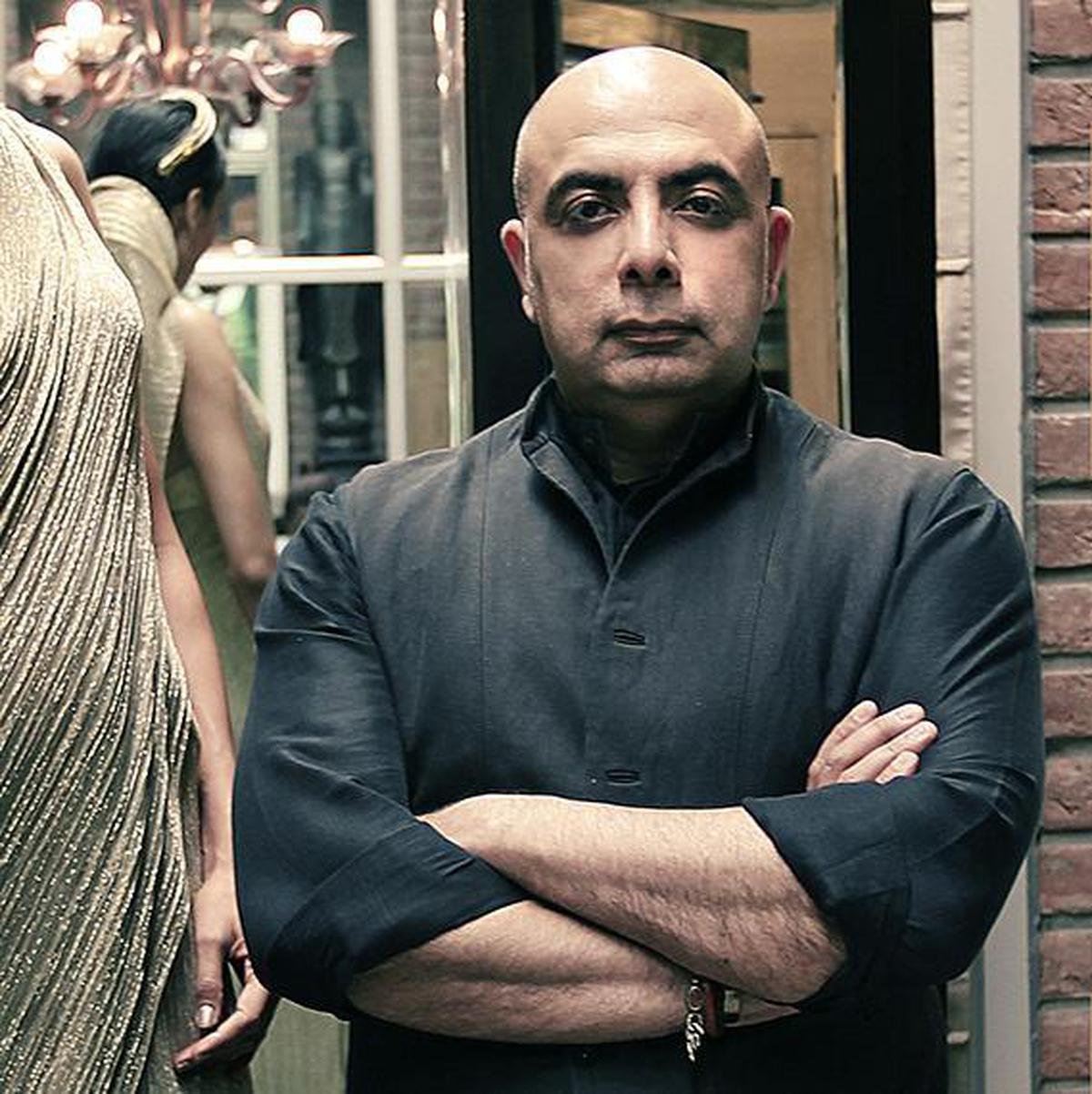 “Keeping in mind the space needed to put on a fashion show, we picked the mood-board room and painted it completely to match the concrete walls,” says the master couturier. Miniature paintings went up on the walls and a selection of Indian, Mughal and Persian carpets from The Carpet Cellar cushioned the floor. “In a way, doing the 25-minute show digitally was easier because the models had more time between each look,” he says, explaining that they shot with three cameras.

Social distancing wasn’t a problem either. “Since we have a lot of rooms around the atelier’s courtyard, each model was given his/her own room. And the hair and make-up teams were provided with hazmat suits and face shields.”

The audience clearly loved the intimate setting and the fact that after the video went up on IGTV, they could “rewind, fast-forward and/or stop” the show as they pleased. So will such multi-media options, with its freedom of space and styling options, be a part of his repertoire in the days to come? It is a firm yes, says the designer.

Tahiliani had started working on the autumn/winter line at the end of last year, so a lot of the collection was already designed before the pandemic broke in India. “Subsequent to it, we started thinking about much easier styles that would be relevant to the market today. Big kaftan tunics, palazzo pants with wide dolman tunics and simple long column kurta tunics.”

He took 80 of the most relevant pieces to showcase in the digital fashion show. “This collection features a lot of vibrant Indian colours and a lot of crinkled, ombré fabrics. The outfits are completely ‘non-crush’ as they feature perma pleating in the [Greek] Fortuny Style. There is also an array of options for brides, who are the most active shoppers at the moment,” he says, adding that simpler prints and easier pieces will be put out in the coming days that are more suited to ‘pandemic-living’.

Never one to rest on his laurels, Tahiliani is already focussing on strengthening his omni channels and increasing his online presence.