This past summer, at the ivory expanses of Karauli’s City Palace, a bespectacled Rabanne Victor donned an artichoke-hued silk robe with intricate prints and embroidery in marzipan pink. On his feet were studded Louboutins and around his neck, jewels. “Cross your legs,” said designer Sabyasachi Mukherjee, who was overseeing the opulent shoot for his label’s winter 2019 campaign, adding, “But as you would everyday. Just be yourself.” Victor leaned to his left sassily, straightened his shoulders — and the resulting image went viral, not just because he was the first openly gay model to work with Sabyasachi. Recalling it as one of his most favourite shoots, the Mumbai-based model says, “I loved that a project of that scale had so much acceptance and liberty.”

Victor does not have the typical ripped look associated with male models. Instead, he is lithe and slender, and has never been to the gym. “I actually eat a lot, but this is just my body type,” he laughs. He is part of the growing tribe of androgynous and gender-fluid male models finding a foothold in the industry. “Guys who are like me — gay and on the skinnier side — DM me on Instagram, commending me for putting myself out there. Honestly, I started at the ‘very late age’ of 27, so I wasn’t ready to change my body,” he says, adding that the industry initially always had an issue with his measurements, which made him feel insecure. 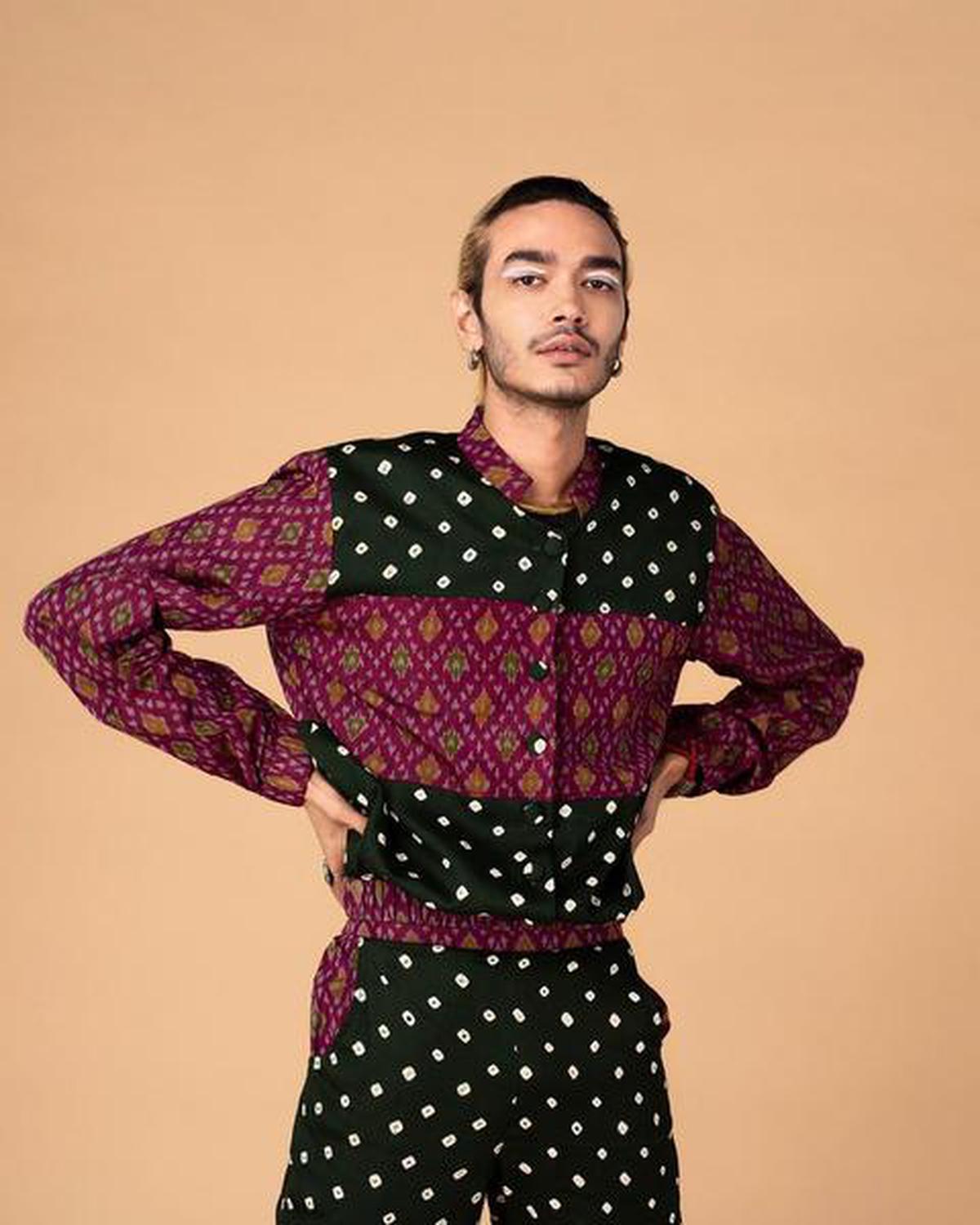 His journey began by chance in 2015, when he dropped a friend off at Inega modelling agency. A few hours later, after a test shoot and interview, he left with a contract in hand. Ask him what he was doing professionally at that point, and we get an evasive, “Not much.” Since then, the 31-year-old Mumbai-based model has shot for indie labels such as The Source, Hallmark Suits and CORD, as well as Shantanu & Nikhil, which he loves for the experimental use of makeup and accessories. He has caught the eye of many a label for his ingénue vibe, bee-stung pout and his sharp bone structure, and he frequents the pages of GQ India, Elle India and Harper’s Bazaar India.

Victor’s Instagram reads like a timeline of industry acceptance. “My first year was mainly editorial [for publications such as Juice Magazine] but they were ‘no money’ jobs, and many photographers wouldn’t want to experiment with different body types. With Section 377 being struck down, it really has propelled a revolution in this industry.” He admits there are campaigns he has done that he is not proud of. “But I had bills to pay, and you cannot be picky in this industry.” The big labels have not been as open to LGBTQI+ models as we would like to think, but he says that is changing slowly. “I do get confused for the make-up artist or stylist at shoots, which can get annoying.” He cheekily adds that the ideal set environment comes with plenty of make-up and waves of Lana Del Rey music for its unapologetic moodiness.

As a self-professed ‘live in the now’ kind of guy, Victor admits that he does not have a 2020 bucket list. “I just want to travel more, meet more people… that is actually why I got into modelling in the first place!”