The summer wedding season in Hyderabad began in February and will continue till the end of April 2020. Many who are part of the fashion and textile industry count on the wedding season to make a tidy sum. The cheer is usually prevalent across the board — from design studios dealing with couture and pret to the gullies of Ameerpet, Abids and lad Bazaar where retailers sell fabric and garments, and craftspeople are engaged in block printing and zardosi embroidery.

It looked like there was no stopping this revelry until COVID-19 positive cases began to emerge in the city. With the focus shifting rightfully towards health, hygiene and essential supplies, the fashion and textile industry is on a pause mode. There have been fewer walk-ins at stores and designers admit that online orders too have slowed down, as not many are in the mood to buy.

It’s a similar situation in other cities. Mumbai designer Nachiket Barve puts things in perspective when he says, “Buying clothes is the last in everyone’s priority at the moment; people are stocking up on medicines and food. Fashion is supposed to be celebrated in a feel-good environment where you can step out and socialise with their friends and families. Given the Coronavirus outbreak, globally the fashion business has taken a hit.” 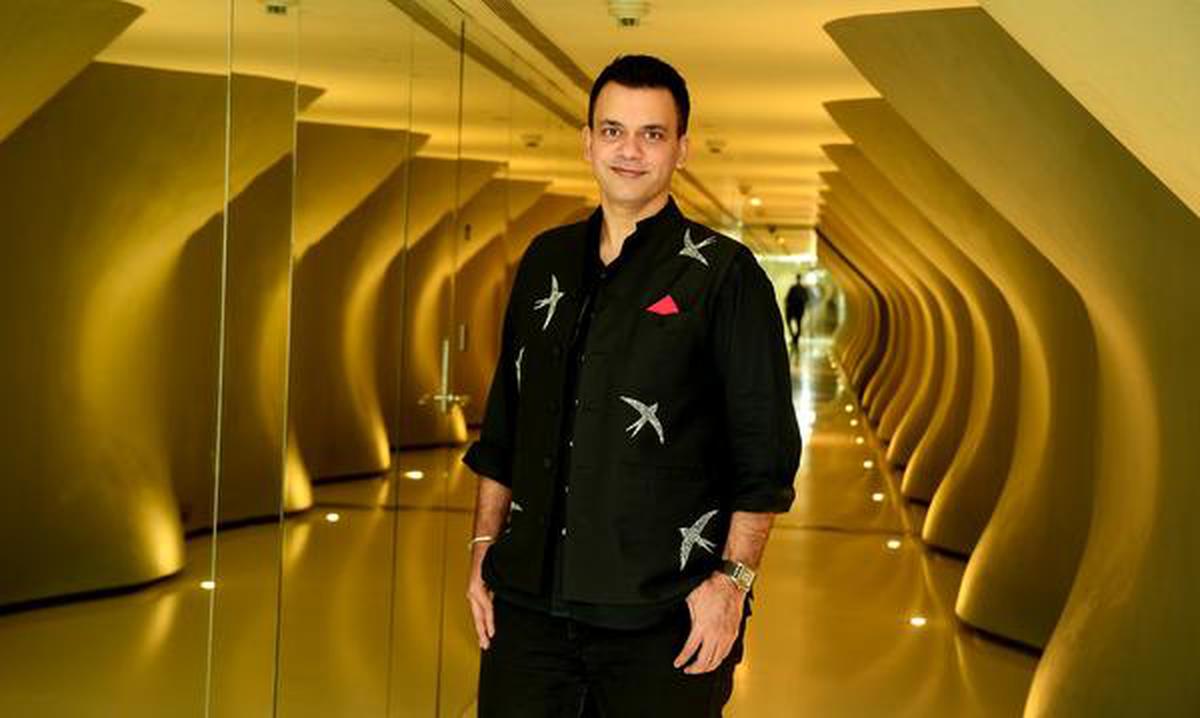 The Fashion Design Council of India (FDCI) postponed the India Fashion Week that was scheduled from March 11 to 15 in New Delhi. Multi-designer lifestyle exhibitions in different cities, organised by fashion entrepreneurs, have also been rescheduled.

At the Milan Fashion Week in February, Giorgio Armani showcased his new collection in an empty, closed studio and preferred to live stream it than invite visitors, as Italy witnessed a spurt in Coronavirus cases. COVID-19 spread being declared a pandemic by World Health Organisation led to international stores shutting down and the ripple effects began to be felt in India, especially in design houses that export orders. “Inevitably, manufacturing will slow down,” says Nachiket.

Hyderabad-based designer Ganesh Nallari points out that in the city, the impact of the slowdown will be felt by the smaller vendors than design studios: “A cradle ceremony for which we had designed has been cancelled. People have postponed weddings scheduled in April. We design classic pieces that are not bound by changing trends or seasons and hence can be sold later, when things look up. There’s less demand now and it’s a dull scenario everywhere. In case of traditional South Indian weddings where brides prefer Kanchi pattu saris, nothing will go out of fashion. But if there’s a lot of stock that doesn’t move, how much more orders will the weavers continue to get?”

Having visited Krishna Nagar market earlier this week, Ganesh observes how the usually bustling shops barely have customers: “A few shopkeepers have brought their children along to the store since schools are shut.” At his Chic Pea Studios in Banjara Hills, the staff has been sensitised about safety measures. “We are taking a call on a day to day basis on running the studio, so that no one is put to risk,” adds Ganesh.

Textile designer Gaurang Shah is also witnessing the change in scenario. Within an hour of the Hyderabad store opening in the morning, he’s habituated to seeing at least 20 walk-ins, which has now trickled down to one or two. “Buying has come down to about 10%,” he says. Production hasn’t slowed down yet for Gaurang’s label, and he attributes it to his orders being primarily taken up by weavers in rural pockets across the country who work from home. As for his store, he too avers that decisions will be taken on a day-to-day basis. Manufacturing units that deal with materials that were until now being sourced from China will be roughing out, explains Nachiket, pointing out how manufacturers of shoes and handbags use heels, buckles and zips sourced from China.

The workflow has slowed down at Nachiket’s production house as film shootings in Mumbai have been cancelled. “Social distancing is our priority,” he affirms.

Meanwhile, if you’re considering online shopping, think it over. Non essential purchases can wait. It isn’t pragmatic to put our health and that of the delivery agents at stake.