In an era when the mask has become a part of our daily wear, actor-director Muhammed Musthafa comes up with a neat short film, Niqab, which unveils the possibilities of the niqab, a garment worn by some Muslim women to cover the face and the way it could be used or misused!

The nearly 13-minute film with Surabhi Lakshmi in the lead has an intriguing storyline that takes the viewer through the day of two women. Sans any dialogues, the film, almost completely shot in the famous Sweet Meat (SM) Street, popularly known as Mittayi Theruvu, in Kozhikode, is an interesting take on how the niqab can be used to deceive or to protect. Under the cover of the niqab, both the women are able to elude their pursuers, albeit under different circumstances. It also shows how they are able to get the better of the men. The film has been released on Muzik 247’s YouTube channel.

“This was a story I have had in my mind since 2014. I happened to read somewhere about how the niqab was misused to deceive people. Moreover, many years ago while working on an ad, I happened to see a group of people, all wearing the niqab, travelling late at night. There was something in them that struck me as unusual and that visual stayed with me. Eventually, that became the thread for a story and during a train journey I jotted down a one-line synopsis about the incident, which became the plot for the film. I noticed that while the women wearing the niqab could see and observe everything around them, the same could not be said about the others in their surroundings,” says Musthafa. The idea gained traction in his mind when there were news reports about how the authorities wanted to stop the use of niqab in examination halls. “When I discussed the idea with my friends, they were all enthused it and came forward to work in the film,” recalls Musthafa.

Since he and Surabhi have known each other for years, he decided to ask if she would act in the film. They had hit the limelight in a reality show for wannabe actors and both had gone to do some excellent work in films and won national awards too.

Surabhi and newcomer Anagha, a theatre activist, come up with sterling acts that keeps the story moving through the byzantine twists and turns of SM street. “Since Surabhi’s character’s face is covered, she had to convey everything through her eyes. And she did a marvellous job. I told both of them that the film would be narrated through their action and reactions,” explains Musthafa. Sasi Kalinga, Binoy Nambala and Bipin Emiley are the other actors in the film. 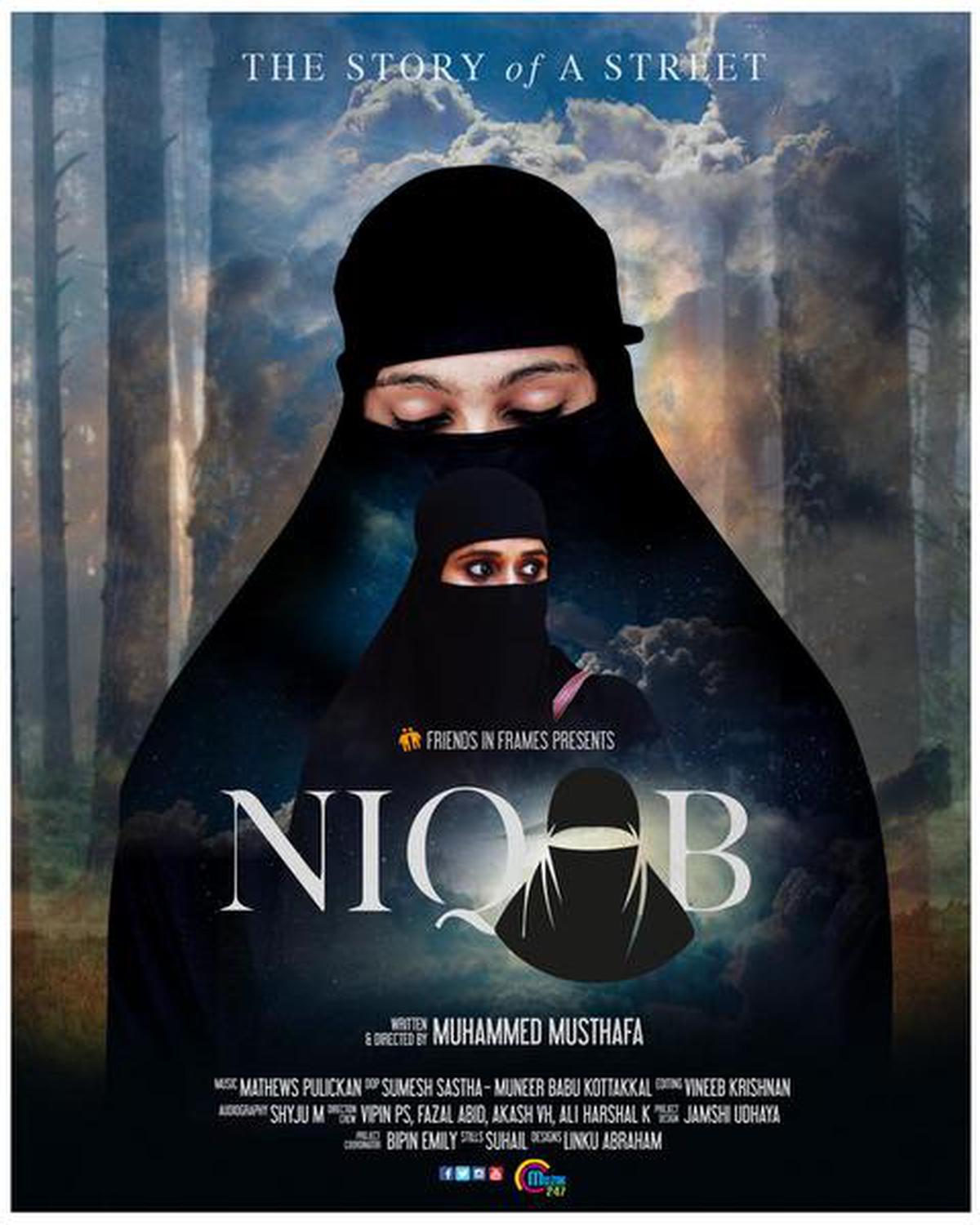 Shot in a day’s time, the visuals, filmed by Sumesh Sastha, shows glimpses of the heritage SM street in the heart of Kozhikode with Mathews Pulickan’s background score enhancing the suspense in the film.

A national award-winning actor, Musthafa had turned director this year with Kappela, starring Roshan Mathew and Anna Ben in the lead. Just as the film was catching the attention of viewers through word of mouth publicity, the lockdown to contain COVID-19 was declared and all theatres were shut down.

Niqab has been edited by Vineeb Krishnan and produced by Muhammed Musthafa under the banner of Friends In Frames.