This Chennai artist tackles colourism through her ‘Dark is Beautiful’ series

It is movie riot on channels as old films — classics in all genres — are being aired. What do the artistes have to say about revisiting their films? We catch up with some of the artistes, whose films will be telecast in the next few days:

That was my debut film and I can never forget the first time I faced the camera. Generally it is a song sequence that is shot with a newcomer just to put the actor at ease. So it was a song — ‘Poovarasampoo Poothachu’ — in my case too. A portion of it was shot at a small temple off ECR. We went to Mettupalayam for the rest of the song. For the lines, “Veerapandi koyilile…,” director Bharatiraja wanted me to come running like a deer towards the camera. Well, I was on the plumper side in those days and couldn’t deliver what he wanted. I got exhausted after a couple of takes and wanted to go home. But he was keen that my Day 1 ended on a successful note. So, he coaxed me with chocolates and I obliged. Even now I recall the experience with a smile, whenever I happen to pass the location. The film went on to become a superhit and I didn’t look back. 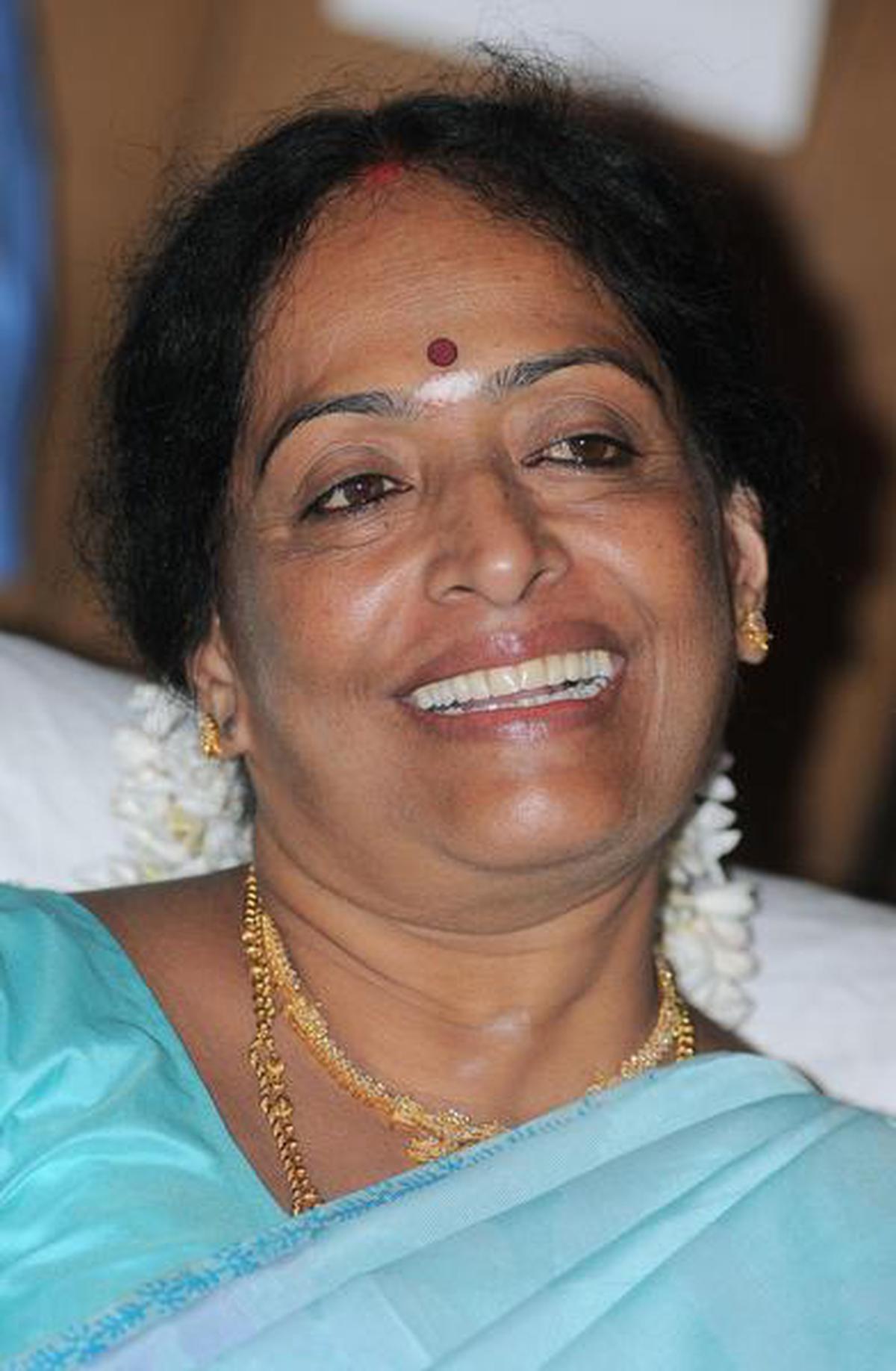 This film gave me a new start in the film industry, I should say. I didn’t want to act in films after child birth and so declined when Devar Films approached me for Deivam. It was my husband, who insisted that I resume my career like any working woman would. Three things changed my mind — the company, Devar Films was like family. They were absolutely professional. M.A. Thirumugam, Devar’s brother was the director and the third reason was, according to the story I was a devotee of Tiruchendur Murugan. In real life, Ganapathy, Amman and Murugan are my three favourite deities. So I signed and off we went to Tiruchendur where the song ‘Tiruchendoorin Kadalorathil…’ was shot, in three hours, with TMS, Sirkazhi and Gemini Ganesan. I had excellent darshan of the deity. Believe me, I have gone to all the temples of Murugan — in fact I was driving down from Palani just as the State was entering the lockdown — but I haven’t got the opportunity to visit Tiruchendur after shooting for Deivam. I hope that we will be soon relieved of this health crisis and He’ll beckon me there. This was supposed to be my 100th film but became my 101st. Thereby hangs a tale. Vinu Chakravarthy, who then was in government service, told me the story, which I liked and gave my assent. On board were producer Tirupur Mani and director Vijayan. Involving a ruffian, it was a break from the soft roles, which I was playing. The story demanded a vegetable market situated in a straight line. Kothavalchavadi, Chennai’s renowned market in those days, was not ideal with its small lanes. A market place in Mysore was suggested and Vijayan, Mani and Vinu Chakravarthy went there to check it out. There they met writer Amudhavan, a friend of mine, who took them to a film that night. Parasangada Gende Thima, starring Lokesh, was an adaptation of a novel of the same title by Srikrishna Alanahalli. The three were impressed with the film and decided to make it in Tamil. They told me over the phone that it was fit to be my 100th film. That film Rosappoo Ravikkaikari. Vinu Chakravarthy got a meaty role in that film and eventually the story he brought became my 101st. Vandi Chakkaram with its realistic story and execution became a hit. 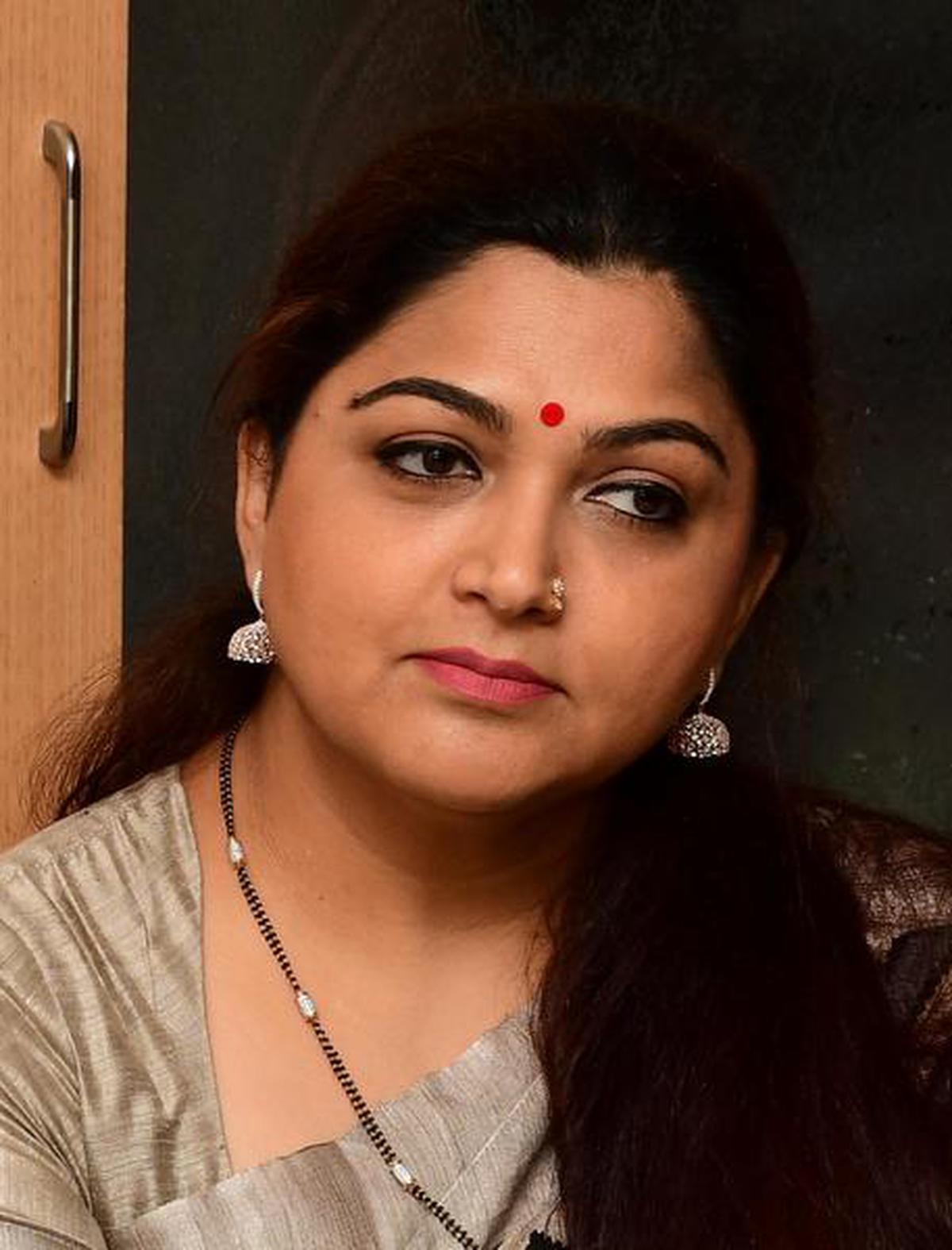 The highlight of this film as everyone knows is the song, ‘Kolavizhi Amma’ with 108 names of Amman. I accepted the film when P. Vasu told me that he had written the story with me in mind as the heroine. Ravikumar had just arrived on the scene but I was convinced after seeing Pondatti Rajyam, which he had directed. Coming back to the song, Ravikumar wanted me to memorise all the names. Since I did not know Tamil, I wrote it down in Hindi and memorised it. On the first day of the song shooting, I was running high fever but did not reveal this to the director. I didn’t want the shooting to be suspended on my account. Big preparations had been done and crowd had gathered. It would cause a heavy loss if I backed out. The shot required me to do angapradakshinam, when water would be poured on me. On the third day, noticing that I was looking exhausted, Ravikumar asked me whether I was not well. I told him the reason and he was shocked. He was actually moved when I said I didn’t want work to get disrupted because I was ill. He has not forgotten that incident. 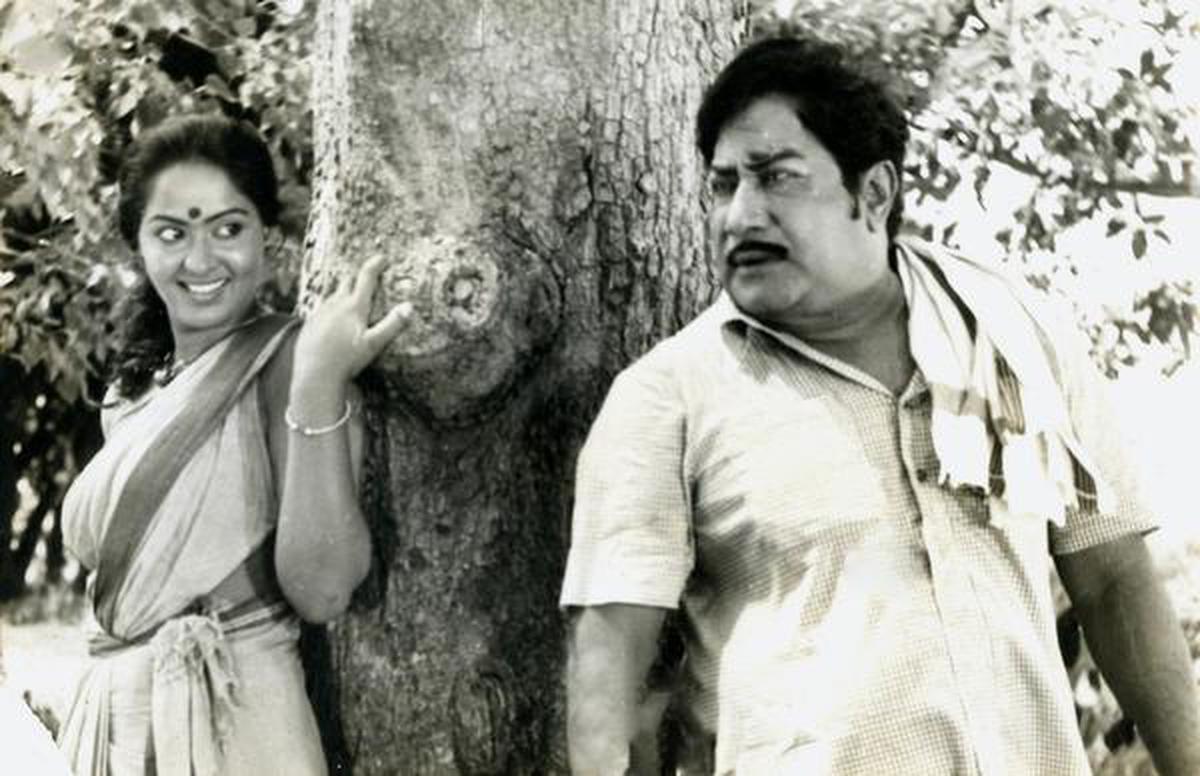 Acting in Mudhal Mariyadhai was an unforgettable experience. It was the great Bharatiraja, who introduced me to the Tamil audience. When he offered me a role in this film, I took it with both hands. With the legend Sivaji Ganesan as the hero, I felt it was a blessing. Incidentally, it was my 99th film. It was shot in Talakadu in Karnataka. Being a Kerala girl, I found the atmosphere, food, etc., different. Also I learnt quite a bit of their culture during my stay there. His wife Mrs. Kamala would bring the food for Sivaji Ganesan. The fish, in particular would be absolutely delicious. I would eat with them but sadly part of the fish would be saved for shooting and I would complain about it. The film is special not only for me but for all my fans across the world. I was a busy actor around that time and consider myself lucky to have landed that role in Suriyan. It was a big canvas production involving renowned people — Ashok Kumar as cameraman, Pavithran as director besides well-known faces in the cast. Shankar and A. Venkatesh were Pavithran’s associates at that point of time. They were strong in the script department. This film with its breathtaking stunt scenes boosted my image as a star performer. Do you know that this was Roja’s first film? She signed Sembaruthi later but that got released first. When I look back I wonder how I managed to do such risky stunts, all beautifully choreographed by ‘Super’ Subbarayan. We shot at different locations, including Top Slip and places in Rajasthan. Mention should be made of a scene, where I was in water with bombs exploding all round me. Every time there was an explosion my legs took the impact. It took a few minutes to recover and another bomb would go off. A horse, which I was riding threw me off, again because of an explosion, but I was lucky to get away with bruises. It was during the shooting of Suriyan that I learnt to shave my head. I’m talking about the scene, where you’d see me tonsured. On the day of the shooting, we did not get a barber. So I sat in front of a mirror and did it myself. In this extended lockdown, I find that most of my films like Nattamai, Surya Vamsam and Chamundi are beingtelecast by channels. Proof that I have accounted for some quality work in the industry.

Cannes Film Market 2020 as ambitious as ever

Actress Usharani passes away at 62