What do Vogue editor Anna Wintour, Oscar award-winner Joaquin Phoenix and Bollywood actor Hrithik Roshan have in common? All three have contributed to Jeans for Refugees, a charity drive that raises funds for the International Rescue Committee. During the migrant crisis of 2016 — the worst the world saw since World War II — American artist and designer Johny Dar was moved to help in any way he could. A simple idea came to mind: “I could give celebrity jeans a makeover and turn them into artworks to raise awareness and funds,” he recalls, sharing that he wanted to harness pop culture obsession to draw attention to a deepening humanitarian crisis. 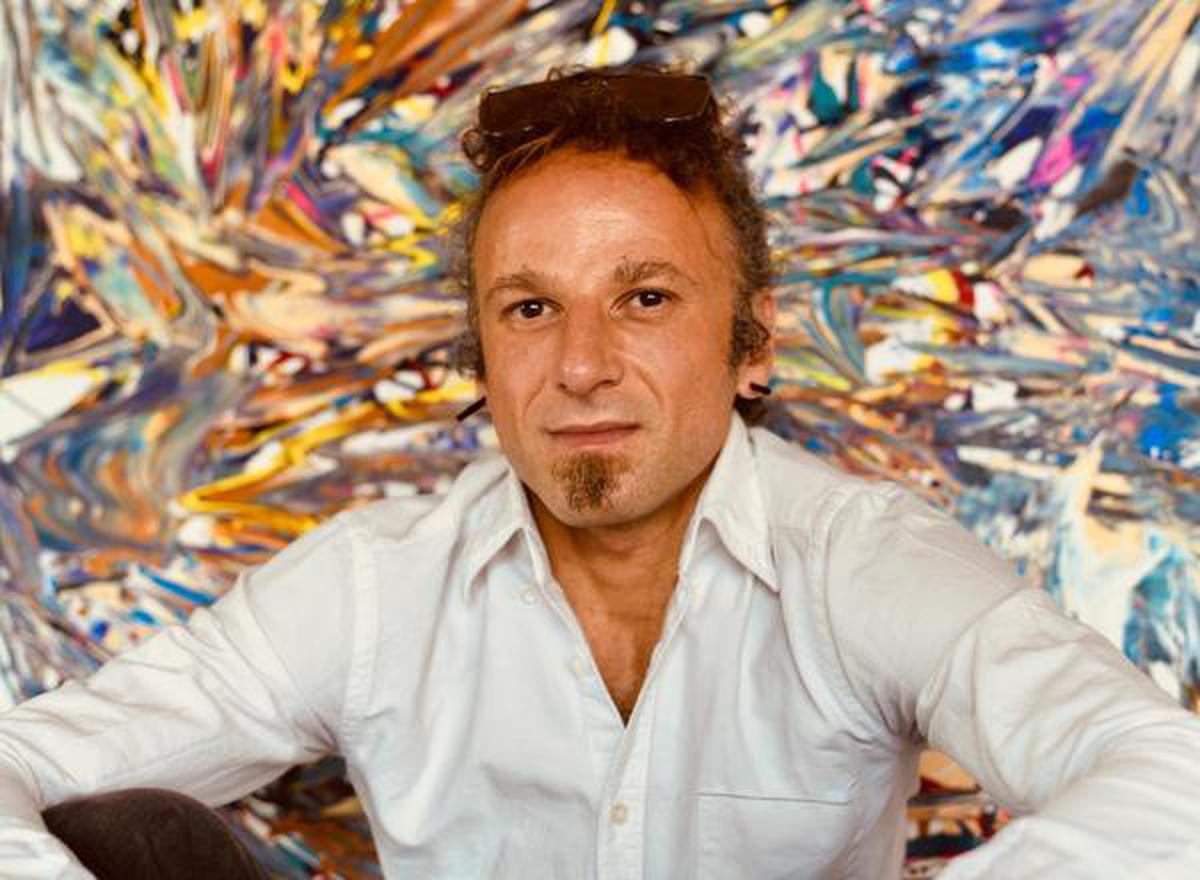 After a brief hiatus, the charity is back with a new website and renewed interest. In April, Oscar nominee Saoirse Ronan joined the list of over 100 celebrities who have already donated. Now, Dar is approaching Indian celebrities to come on board. Jackie Shroﬀ, Sara Ali Khan and Kriti Sanon are already contributing. Also on his wishlist are Priyanka Chopra and Shah Rukh Khan. Being based in Los Angeles, he initially called on his Hollywood friends to contribute. “Sharon Stone was the first one to send her jeans, no questions asked [it raised close to ₹5 lakh]. Soon, more pairs started pouring in,” he says. Everyone from actor Alicia Vikander to singer Elton John and magician David Copperfield to supermodel Karlie Kloss. Even former French first lady Carla Bruni and Sheikha Jawaher Bint Mohammed Al Qasimi, wife of the ruler of Sharjah, have donated their jeans.

For and by migrants

All the pieces are wearable and washable, most painted with 3D paint from California-based brand Jacquard. While there is no overarching theme and the time per piece varies, Dar says he tries to “capture the essence of the celebrity that is still left in the jeans”. So actor Eva Longoria’s tapered white pants have been given a textured gold treatment. Director Pedro Almodovar’s baggy denims are as colourful as his films. And Dar gave former Spice Girl Victoria Beckham’s bootleg jeans “a strong pattern — it shows a woman in control of her emotions”.

In the 2016 auction, pairs went for ₹15 lakh to ₹21 lakh and above. When it comes to pricing, he says, “The value is decided intuitively to some extent. It is not only about what we believe people will pay, based on the profile of that celebrity and the value of their jeans, but also to do with how much time I spent and what we feel is its innate worth as a piece of art in itself.” Some pairs are signed, and the brand/designer label of the jeans is deliberately not mentioned, because to him, it is not relevant. 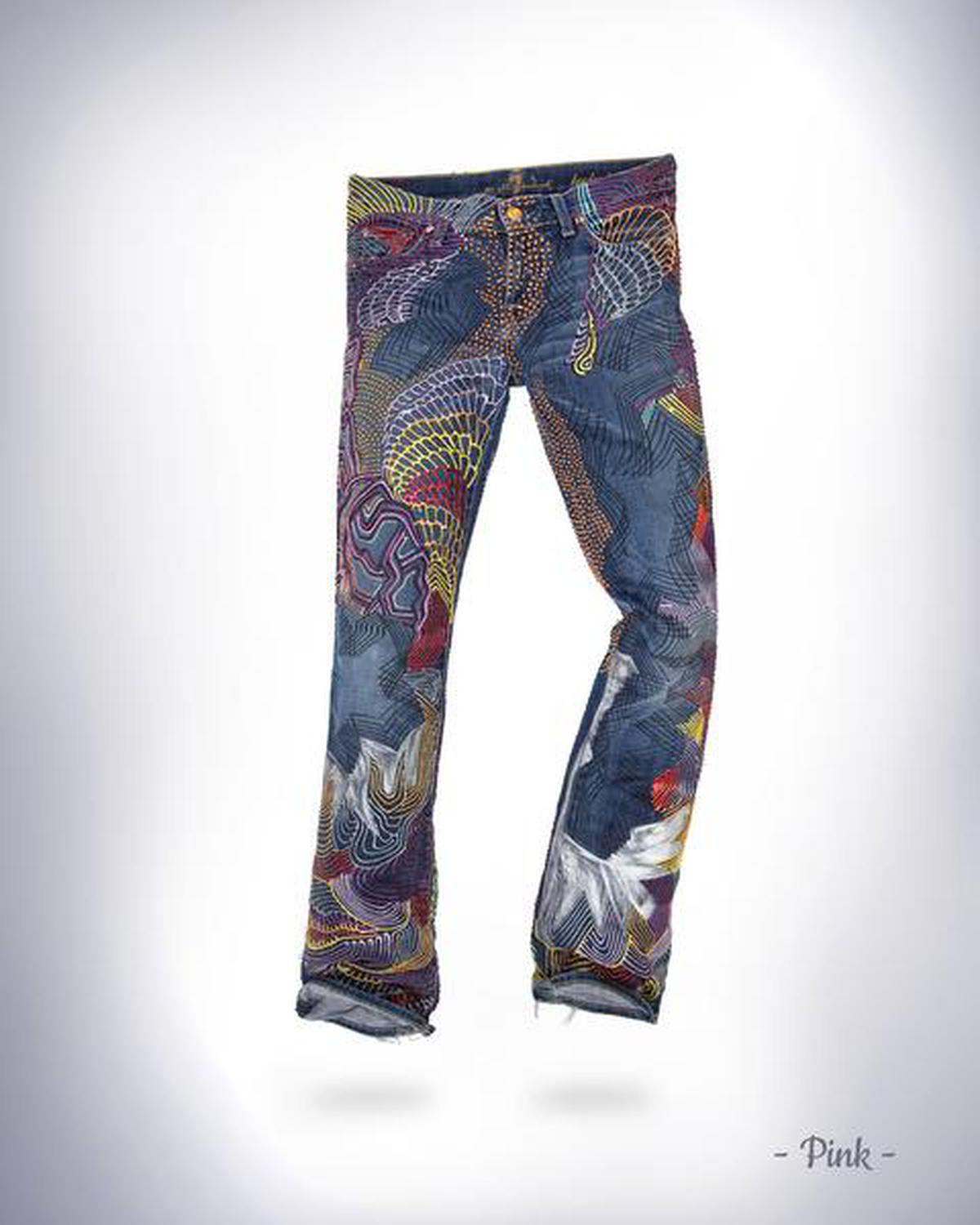 He feels that although their aim is to raise money, it is not the only thing that can solve the issue at hand. He calls for a perspective shift, one where refugees are seen within a positive framework — of persistence and hard work — and a sense of appreciation. When asked why this particular cause, Dar has a rather idealistic answer. “I have this natural urge to maintain or achieve a balanced environment. I believe it is important for our society to move forward and dissolve suﬀering by embracing our diﬀerences. Think of the world as one big body, where one person is the arm and the other the leg. Both are important and necessary,” he says.

At the moment, they are accepting oﬀers through the website and people are welcome to bid directly for pieces. The IRC is currently helping vulnerable refugees in over 40 countries like Syria and Yemen to deal with the COVID-19 situation. “We have a lot of jeans, so we are open to oﬀers all the time. We were planning a big auction gala in New York this year but had to cancel it due to the global situation, so now we are working on another auction, to be announced soon. Our goal is to raise $10 million-plus,” concludes Dar.