It’s an exciting time for magic, says illusionist Neel Madhav on ‘You Got Magic’

Over the last month, the aviation industry’s carbon emissions seem to be dropping but not for the reasons you think: because what activism on climate change could not do, the Coronavirus outbreak has, unintentionally… not to say the world requires a pandemic to be proactive about the environment.

While it may be cumbersome to push the industry to adopt green methods, regional or intra-continental airlines are taking the extra step to kick off a revolution. More than 10 million travellers using Skyscanner selected the lowest-CO2-emission flight option over the last 12 months, according to the 2019 ‘Sustainable Travel Report’ by Booking.com. Last year, Portuguese airline Hi Fly operated the first single-use plastic-free flights, saving 200 pounds of plastic per flight. The company’s CEO Paulo Mirpuri says they want to be carbon neutral by 2021. “Travellers understand that the $1 to $1.50 hike in ticket fares is a small price to pay for the massive contribution to green behaviour in the travel industry,” he adds.

With the restrictions imposed on travel, over the past week, major airlines have issued statements about huge dips in demand. On March 17, Qantas announced that international and domestic travel have been cut by 90% and 60% respectively until end of May. Virgin Australia, additionally, is predicting a 7.7% first-half cut. According to Clean Energy Regulator, these two airlines combined accounted for seven million tonnes of CO2 in 2018-19.

Earlier this month, Flightradar24 announced that there was a 4.3% dip in flights taken in February, shortly after the first few cases were reported. An interactive line graph on their website reveals that from March 11 till March 15, the number of flights taken dropped by 27,820.

Plus, in a March 17 op-ed for The Conversation, Glen Peters from the Centre for International Climate and Environment Research, Oslo, hypothesises that the airline industry — which covers 2.6% of the global CO2 emissions — is in freefall. “It may take months, if not years, for people to return to air travel, given that Coronavirus may linger for several months.” 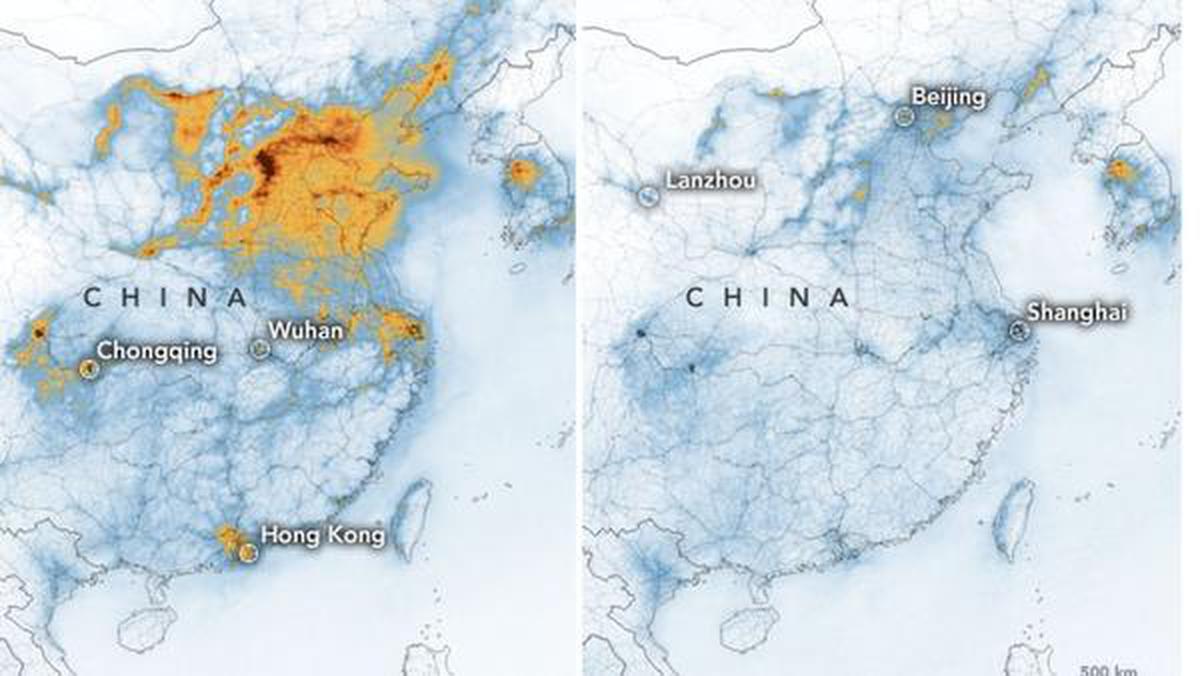 That said, there are blue skies aplenty in China and in northern Italy. According to China’s Ministry of Ecology and Environment, the average number of ‘good quality air days’ increased 21.5% in February, compared to the same period last year. The European Space Agency (ESA) observed a particularly marked decline in emissions of nitrogen dioxide, a noxious gas emitted by power plants, cars, planes and factories, over the Po Valley region in northern Italy. “Although there could be slight variations in the data due to cloud cover and changing weather, we are very confident that the reduction in emissions that we can see coincides with the lockdown in Italy, causing less traffic and industrial activities,” says Claus Zehner, who manages the agency’s Copernicus Sentinel-5P satellite mission, in a statement.

While cancelled flight routes and social distancing are the talk of the travel industry, more dialogue around carbon neutral tourism has circulated. Carbon neutral tourism involves any form of tourism actively taking out as much carbon dioxide from the atmosphere as is being put in. From airline carriers to the individual traveller, such measures can include the reduction of energy consumption and emissions-producing activities, improving energy efficiency, technological innovation in low carbon and consumption of renewable electricity. A wise move, considering the global energy-related CO2 emission level (according to International Energy Agency) was a record 33.3 billion tonnes in 2019.

Enter electric vehicles: a small player in the big picture of ‘responsible tourism’ but a favourite in ecotourism for the cost-effective appeal it holds for investors and the comfort it offers travellers. These have been a favourite since 2014 for guests at the Chobe Game Lodge, Botswana. Guests can wander along the Chobe river that borders Namibia and Botswana in electric safari boats. According to a report by Responsible Travel — the Brighton-based online travel firm customising environment-friendly travel plans — Chobe Game Lodge estimates that the electric boats have saved over 25,000 kilograms of CO2 emissions and nearly 10,000 litres of diesel since its launch. Plus, its solar safari boats have saved a further 12,749 kilograms of CO2 emissions. Carbon neutral since 2009, East Africa-based Asilia Adventures claims to have offset a total of 1,505 tonnes of carbon waste. The company also has an electric safari option which kicked off at the Ol Pejeta Bush Camp in Kenya last October. Its electric car has no manual gear-box, meaning there are no jerky gear changes and no vibrations from the engine, making photography and videography smoother as the car is more stable. “A typical combustion engine runs at roughly 20-30% of its total efficiency, while electric vehicles run at 94-96% efficiency, providing a significant improvement in the performance of the vehicle itself. The lifespan of an electric vehicle is also more than that of a regular vehicle; the battery packs can easily travel more than 2,00,000 kilometres in their lifetime,” says Britta Foulis, content marketing manager at Asilia Adventures, on its website. 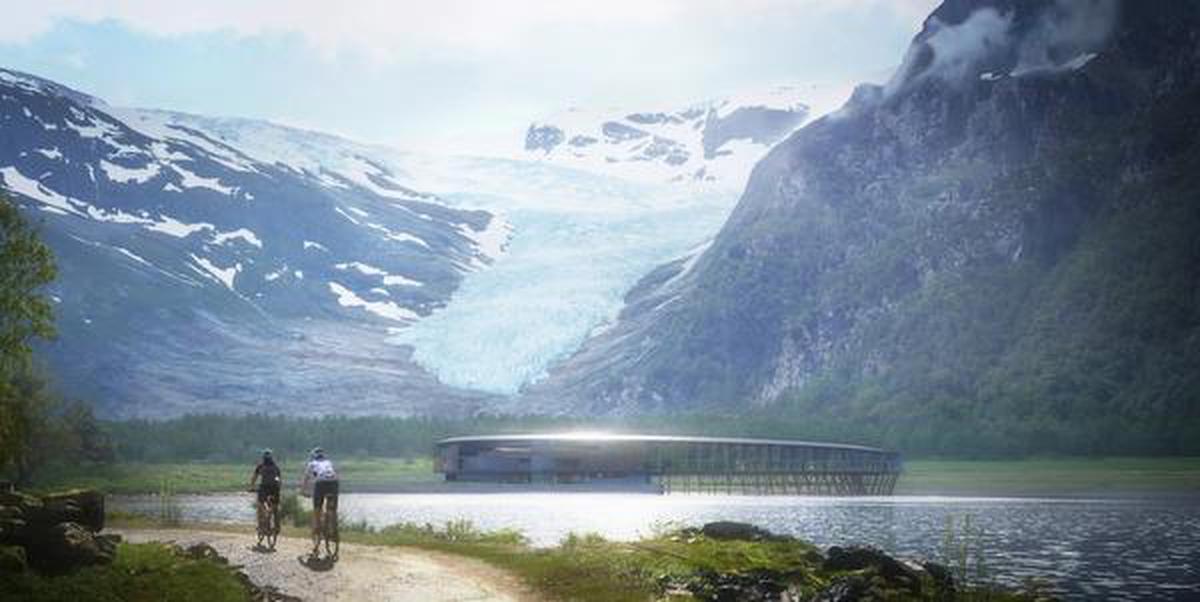 Concept art of The Svart Hotel by the Svartisen Glacie, Norway

The travel-hungry are also awaiting the opening of the world’s first energy-positive hotel in 2022. Situated on a fjord beneath the Svartisen Glacier in northern Norway, the Svart Hotel claims to use 85% less energy than contemporary hotels in its market range. The conception, development and execution of this futuristic ring hotel is the result of combined efforts of real estate company MIRIS AS, design firm Snøhetta and energy company Powerhouse.

This year truly challenges the notion of the responsible traveller, whether one chooses to not travel at all or to take heed of the planet-conscious movements — and not leave it up to a viral outbreak to off-set everyone’s carbon guilt.