Ludwig van Beethoven, the 18th-Century musical genius, left an indelible mark that forever changed the landscape of Western Classical music. His compositions were considered avant-garde because he broke with all traditional forms; it was different from everything people had listened to before. From his early years in Bonn, Germany, to his legendary achievements in Vienna, Austria, the music world celebrates Beethoven at every stage.

As one of the most frequently visited museums dedicated to a musician, Beethoven-Haus, his birthplace in Bonn, attracts over 1,00,000 visitors per year. On the occasion of Beethoven’s 250th anniversary in 2020, the house where he was born shines in renewed splendour, with a new permanent exhibition and an exceptional anniversary programme lasting one year starting from December 2019. 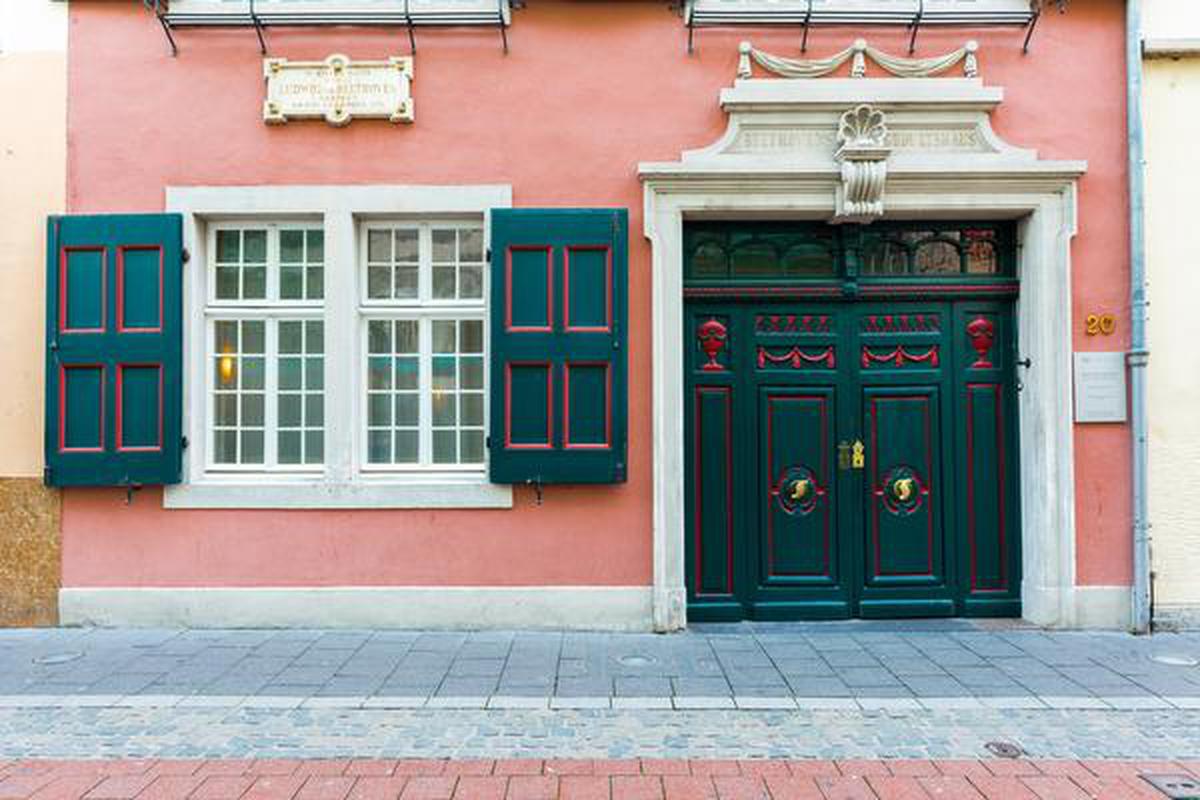 Notes to remember The house where Ludwig van Beethoven was born; a statue of the composer

Information and emotional access to more than 200 original exhibits like manuscripts, instruments, items from his daily life and Beethoven’s ear trumpets as well as portraits give an insight into the music composer’s known and unknown life.

“Beethoven’s birthplace is a magnet for Beethoven friends from around the globe,” says Malte Boecker, director of Beethoven-Haus, Bonn. “For the new exhibition, we focussed on a harmonious interaction between the historic architecture and a modern perspective on Beethoven and his time,” explains architect Barbara Holzer.

According to Christian Lorenz, artistic director of the Beethoven Anniversary Society, “His musical expression of Utopia where people live together in peace is appealing.” Lorenz explains in Beethoven’s own words: “Freedom and progress is the purpose in the art world as in universal creation.”

Monika Grütters, German Federal Government Commissioner for Culture and the Media, adds: “Until today, he is one of the most important ambassadors of German culture. There is one thing that holds for all of Beethoven’s music: The more we deal with it, the more interesting and emotional it gets.”

The concept for the new permanent exhibition was developed by museum director Nicole Kämpken and her team.

“The power of the exhibits and the way they are categorised lets visitors get in close contact with Beethoven as a human being and artist. Selected compositions demonstrate the new standards he set in music. The exhibition gives an insight into both his daily life as well as the circle of friends and patrons.”

Three special rooms located above each other in the rear of the house, where the Beethoven family lived, are designed in a rather unconventional style. A diorama on the ground floor shows the city of Bonn in Beethoven’s time. In the sound room located above, five important early compositions prove the composer’s musical uniqueness; and in the attic, the bedroom of Beethoven’s parents, so far referred to as his birth room, can now be entered — something that was not possible in the past. Using a mirror surface and media fade-ins, a dream-like state and a feeling of hovering is created, and a poetic location established to sensually connect to the Beethoven phenomenon. The basement vault of the historic neighbouring house features a treasure chamber where original manuscripts from Beethoven are on display. The ground floor accommodates a music room where visitors can listen to concerts on historic keyboard instruments. For the first time, the museum also has an area dedicated to temporary exhibitions. The first is about the most famous Beethoven portrait painted by Joseph Stieler. The modern reception area in the opposite building now contains the new museum shop with an admission desk and a small cafeteria. The upper floor houses a seminar room for educational events organised by Beethoven-Haus.

There, visitors can access the Digital Archive of Beethoven-Haus on tablets to take a virtual look at other collections. The letters in the anniversary year’s logo BTHVN2020 stand for the German words for five key aspects, of the composer’s character: Beethoven as citizen, composer, humanist, visionary and Nature lover. The planned events will correspond to these five pillars.

Today, after almost two centuries, ‘Fur Elise’ is a favourite mobile ring tone for many. Beethoven, when he composed it exclusively for his sweetheart, would have never dreamt that it would ‘go viral’ one day!