The travel bug bit St Petersburg-born fashion and travel illustrator Maria Chumak early in life. Accompanying her archaeologist father who worked on the Silk Route, she says, it was a peripatetic life with the maximum time she spent in one school being two years.

Maria, who is currently working on her PhD in Puducherry on Iconography of the Women in Eastern Art form, was in Bengaluru recently to conduct a workshop for the students of Vogue Institute of Art and Design, Doddaballapur. With over 17 years of experience in the field of fashion design, drawing and illustration, she has worked in many different capacities and as an illustrator for clients such as Vogue, Elle, and Men’s Health. 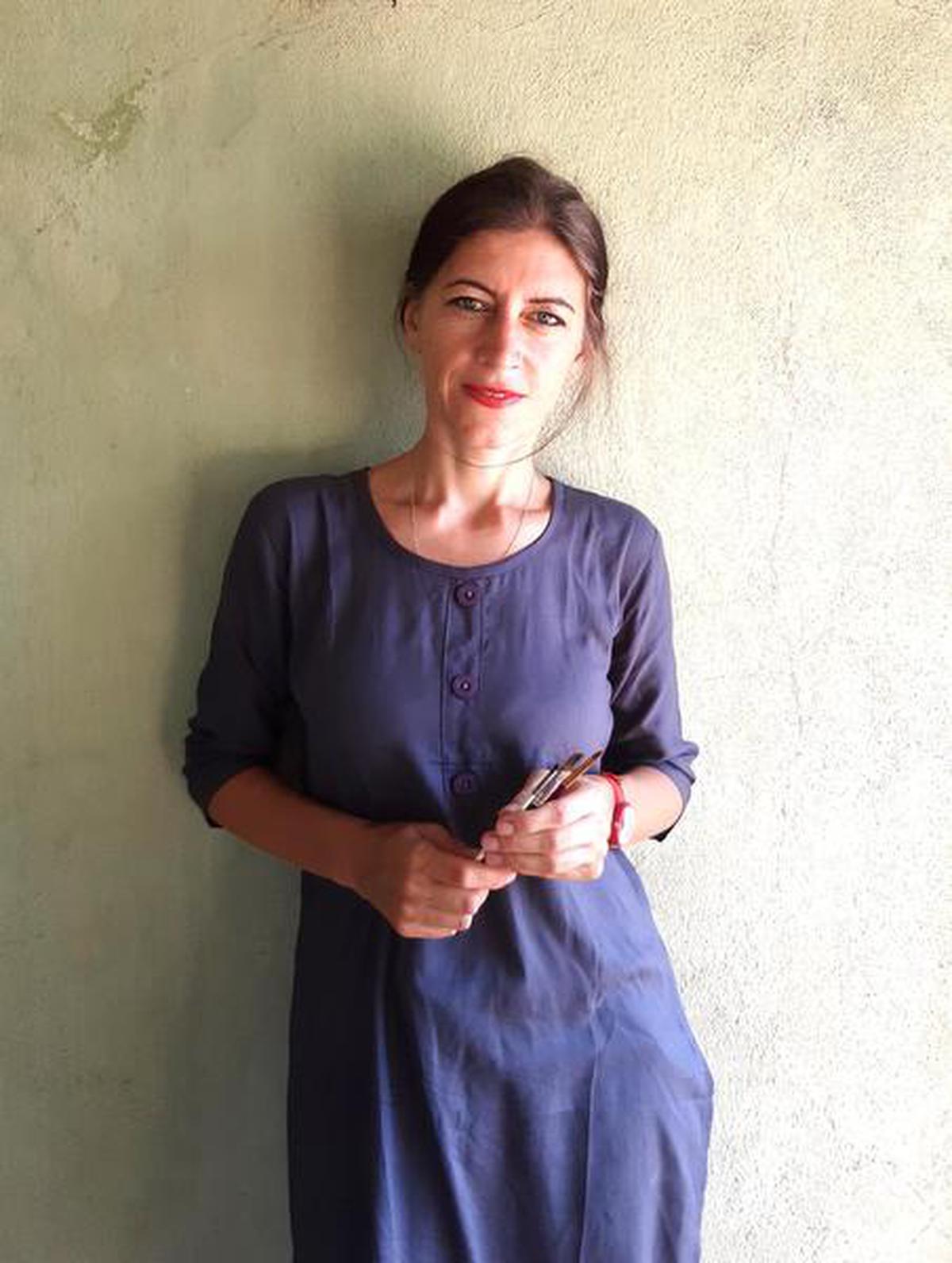 Says Maria, “I was interested in different cultures and landscapes. Some of the trips with my parents were in Tajikistan and what inspired me were the colours. I like colours and textures and think all of this influenced my future creative development.”

In what will be familiar to the Indian ear, Maria says that she too prepared to join a medical college before realising she was doing it for her mother, not herself.

“I then spent a year preparing for the Academy of Fine Arts . That was a shift. But I had been painting, drawing and doing crafts since childhood.”

Stating that she did not have a “passion for fashion” in the beginning, she considered different options before settling on fashion design. “There is shape and colour; something moving and changing all the time. There is texture and it is palpable. Also, I think maybe I was influenced by the expeditions with my father and seeing the ruins plus the silk garments and beads. The idea maybe of touching history also influenced me.”

On how she decides what to sketch while travelling, Maria says, “I like to come somewhere, sit and observe. While drawing, you become part of the place. For example, if you draw in the village, all the residents will come. You will know the names of all the children, they tell their stories and about the place. When you sit and draw in the same place, you will investigate and remember it better. It is like a long movie experience. If you place a camera and leave it for 12 hours, you will see everything.” She adds that she is inspired by south Asia unlike Europe where she doesn’t find any creativity because of the climate and grey colours.

Stating that she prefers to go it old school, Maria says she draws by hand and then applies colours, whether watercolours, pencils or anything else. “As artists, we use everything we have. Then I scan, do the clean-up and then Photoshop. Very basic things. Now, illustrators draw directly on the pad so there is no need to scan but there is no life in the line. If you compare with old animation when it was drawn by hand, it was different right? Any handcrafted work, whether a stitched garment or jewellery, keeps the identity of the artist, and the energy of that person.”